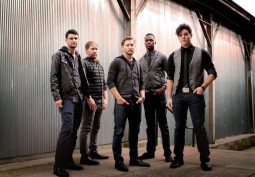 Since their beginning in August 2011, 7th Surrender has been on a mission to take "Christian Rock" to a whole new level. The band is based out of Bartow, FL, and consists of five members: it's founder, Trey Brennan (lead guitar), his brother, Chris Brennan (bass), Bryce Hall (backup vocals, guitar, keys, mandolin, and synth), Ricky Ravix (drums), and Justin Tillinger (lead vocals, guitar). The band in it's current lineup has been in existence since March of 2013 when their newest member, Bryce Hall, joined. The band all agree that the way they came together was definitely God's doing. All from different backgrounds, their passion for music brought them together. Trey and his brother Chris were lifelong hockey players. Hall grew up playing bluegrass music with his family. Tillinger worked various jobs and served in the United States Army. And Ravix was introduced to the band after the earthquake in Haiti forced he and his sister to move to the U.S. The band has just finished recording there first single Never Looking Back in Nashville, Tennessee with Nathan Walters of Plus One. They are now writing songs for there album and will be touring soon!