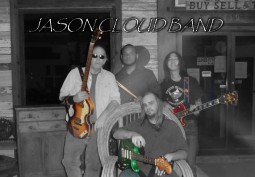 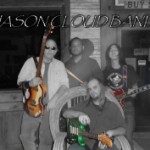 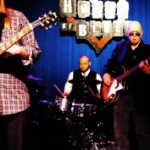 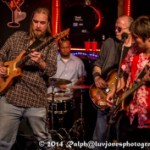 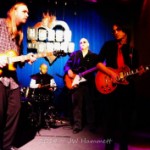 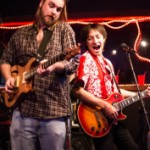 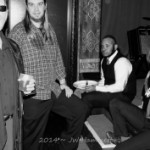 Jason Cloud Band features four professional musicians with over 3 years of performing experience together and decades working on other projects between them.The Band has electrified blues lovers at some of the most popular clubs around Dallas, as well as smaller, more intimate venues. Also due to the popularity of their original music, and blues cover songs they are quickly gaining legions of fans. Whether they are playing a live, or acoustic show. Jason Cloud Lead guitar, Vocals Jason was born and raised in Lakewood, Texas. He began playing guitar at 8, and playing professionally at 18. His musical influences include B.B. King, Anson Funderburgh, and Freddie King. Jason has shared the stage with other blues artists, including Holland K. Smith, Pat Boyack, Jackie Don Loe, and many others. Jimmy Ryu Rhythm guitar, Vocals Ryu was born in Pharr, Texas, but spent most of his life in Chiba, Japan. He began playing guitar when he was 18, and first began playing professionally at 22 with "Jason Cloud Band". His musical influences include Snooks Eaglin, Cal Green, Roy Gaines, and Clarence Holliman. Tim Neilley Bass Tim was born and raised in Orange, New Jersey. He began playing bass when he was 16, and playing professionally at ever since. His musical influences include The Animals, Howling Wolf, and The Doors. Tim has shared the stage with many different artists and bands. Charles Alexander Drums. vocals Charles was born and raised in Dallas, Texas, He began playing drums when he was 10 at his church. He has been playing professionally since he was 19. Some of his musical influences include Chris Dave, Thomas Pridgen, Tony Williams, and Billy Cobham.