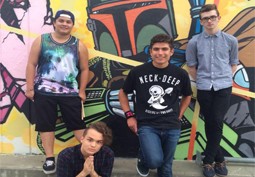 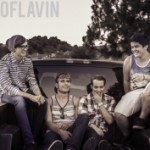 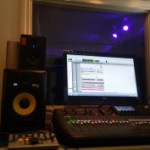 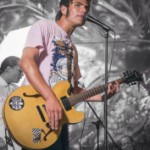 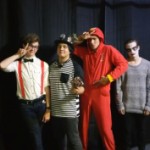 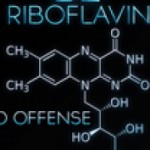 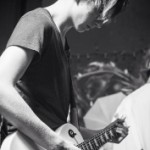 Riboflavin is comprised of 4 friends from North County San Diego who have known each other since they were in middle school. Julian Quezada, Brandon Taylor and Christisn Ogle formed the band in May of 2012 to play for friends at house parties and anywhere they could convince people to let them perform. They played covers by Blink 182 and Green Day, as well as originals in the pop punk genre. They began playing larger venues, resulting in a growing audience and popularity. Now, they were looking for photos and recording opportunities. In early 2014, they found Steven Waggoner, a photographer and close friend of the band who also happened to be a proficient guitarist and composer. He was asked to join the band in May of 2014. This added musical depth to the group, enabling Julian to write a slew of new songs. It was clear that magic was happening and it was time for the studio. Luckily, Steven had the perfect solution, being the owner of "Studio 458" in Escondido. The band quickly got to work on a six song EP that was completed and released in September 2014 and is available to listen and download on ReverbNation. They are currently back in the studio working on 5 exciting new songs. It's clear that their writing and performing are taking it to the next level! Their live performances are truly exhilarating and a must see experience. Julian stands at 6'4" and calls himself "a baby giraffe". He has come into his own fronting the group while adding rhythm guitar and is profoundly hypnotic in his delivery! While he is a humble person, he leaves that behind while on stage and delivers a convincing "there's nobody better than me" performance! Brandon, better known as "Taco", lays down the bass tracks with great melodic style and effortlessly covers the entire stage with his high energy personality! He is fun to watch and his vocals add character to the performances with his unique style of delivery! Taco also plays guitar and saxophone and the band envisions new opportunities to feature him in other roles! Christian Ogle, nicknamed the Gummy Bear, is one amazing drummer! When you see him arrive for a live performance, you won't know what to expect. He hides his drums behind pink, fuzzy, hairy and ugly (or pretty depending on your prospective) fur that leads one to wonder "what the h..ll?!" His cymbals even look like the Cookie Monster has taken a big bite out of them! And when he sits down and starts a sound check, you know, someone is in the house that can play. And play he does! He is simply amazing and sets up each song ingeniously with a truly innovative thread of awesome rhythms! The lead guitar comes from the 6'1" Steven lovingly called "the warrior" by the band. He adds very creative tasteful guitar tracks to the mix. Julian and Steven work extremely well together blending guitar parts throughout the songs! And when he decides to rip, rip he does! His leads can be spontaneous in creation but he prefers to write it out to perfection. You can listen to one of those "perfect" solos on "Drop Me Off" track! He is also a drummer and doubles as the "Pro Tools" engineer in his studio. Did I mention that Steven is a sophomore in high school and is only 16? Look for great things from these guys in the near and distant future! Their ages range from 16 to 20. We invite you to become a fan and to help them earn more fans!